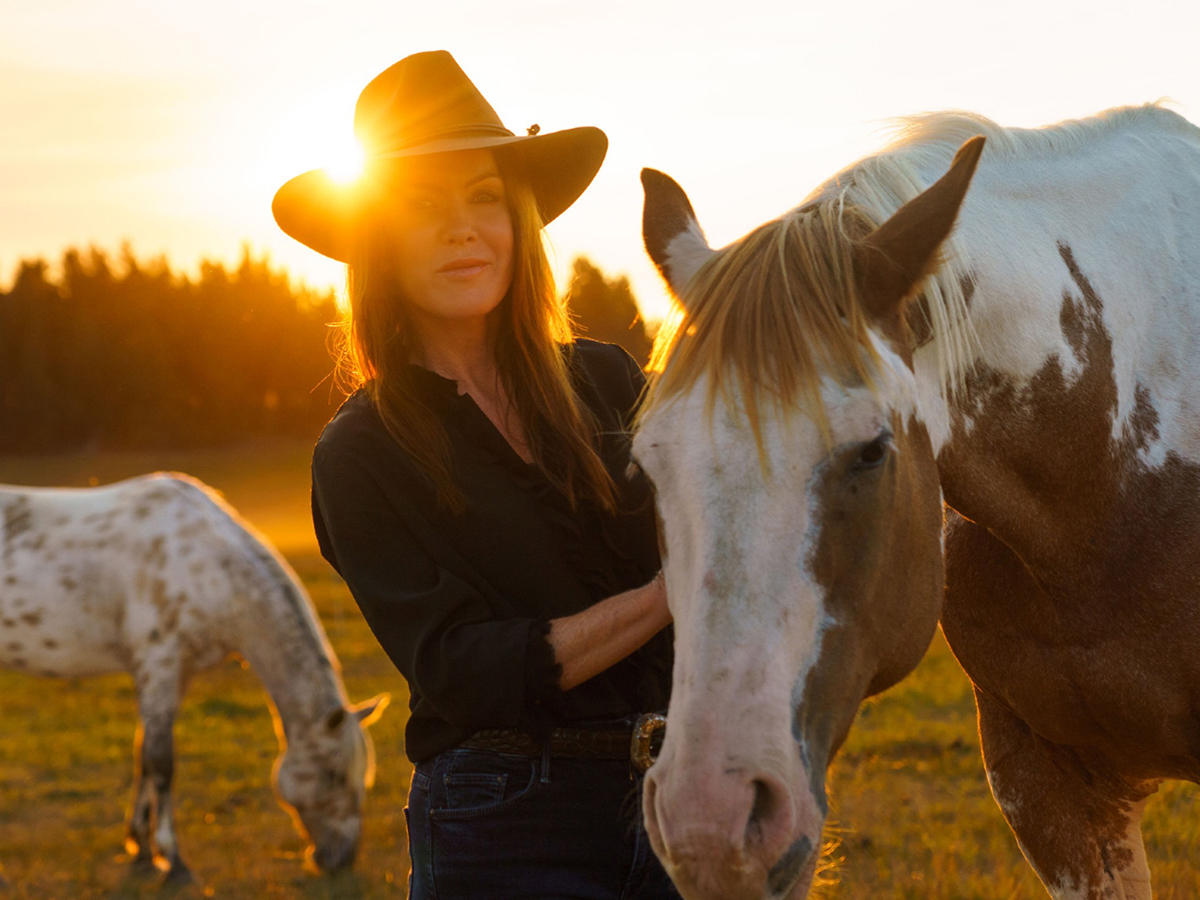 The Resort at Paws Up

The Resort at Paws up has been on my bucket list since hearing about the Montana luxury resort, situated in some of the most breathtaking country in the world, over a decade ago. However, getting away from it all to a mostly off the grid vacation location, that needed advance planning, proved difficult. My first attempt was cancelled by the Pandemic. Then it was sidelined again and again playing catch up to previously scheduled film festivals and movie shoots. My Montana outdoor adventure kept getting pushed out of reach by a busy life – until now. Smack in the middle of high heels, make up and red-carpet Emmy awards season, I managed to find a week on the calendar for cowboy boots, horses and flyfishing. For this much appreciated short window of time I didn’t have to be anywhere else but The Last Best Place. 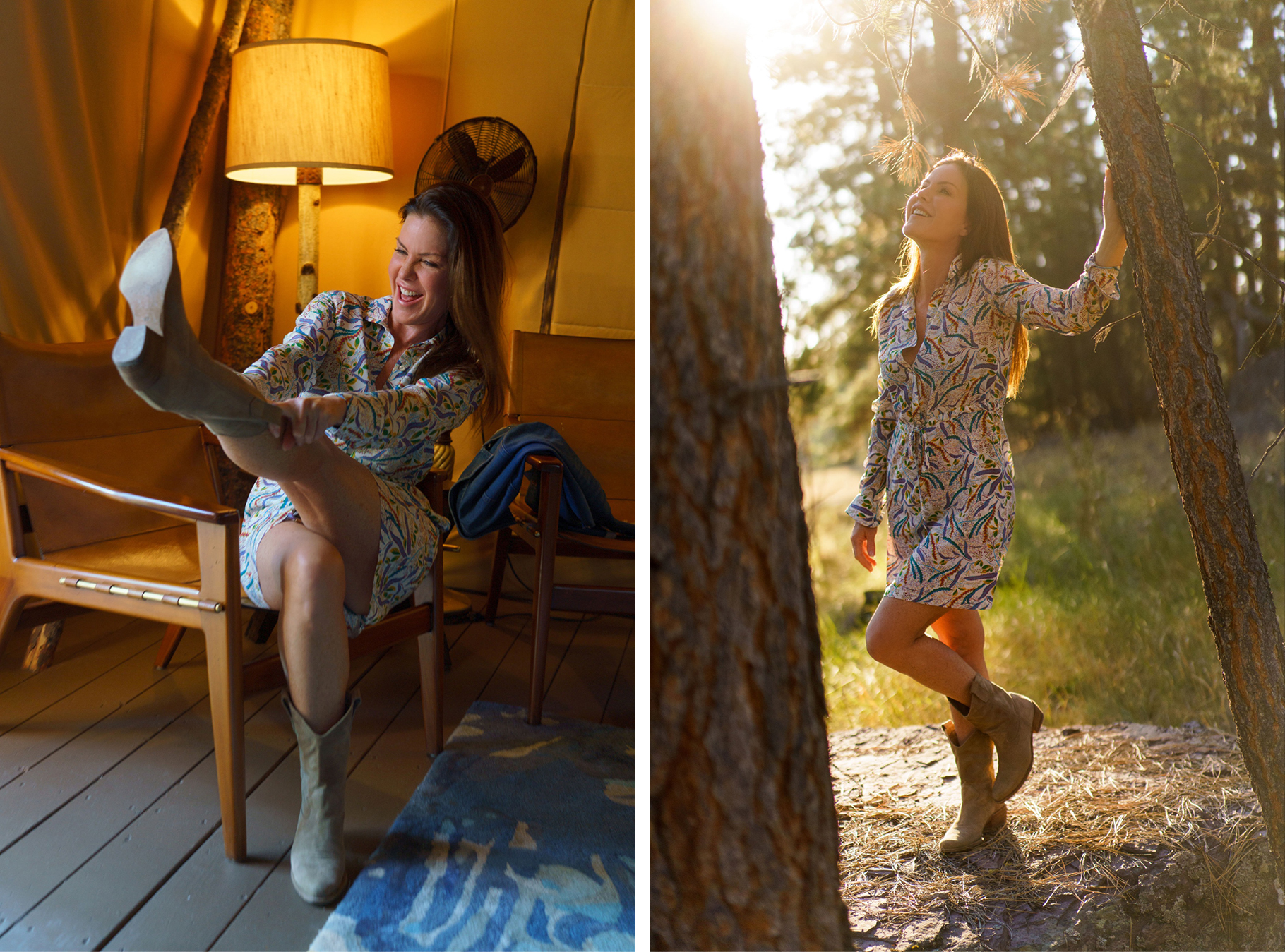 I flew from LAX to Missoula and was met by longtime local Julie with a smile and a sign. As I looked into her Montana mountain woman eyes, Tinseltown quickly became a distant memory. Just a few minutes into the half hour drive to The Resort at Paws Up, we lost cell service. I had warned work friends and family that I may be off-line for a bit. I was grateful to be looking out the window at tree covered rolling hills, big sky, and wide-open meadows with a river running through it. It sure beat scrolling through my Insta feed with a lot of “nothing to see here”. 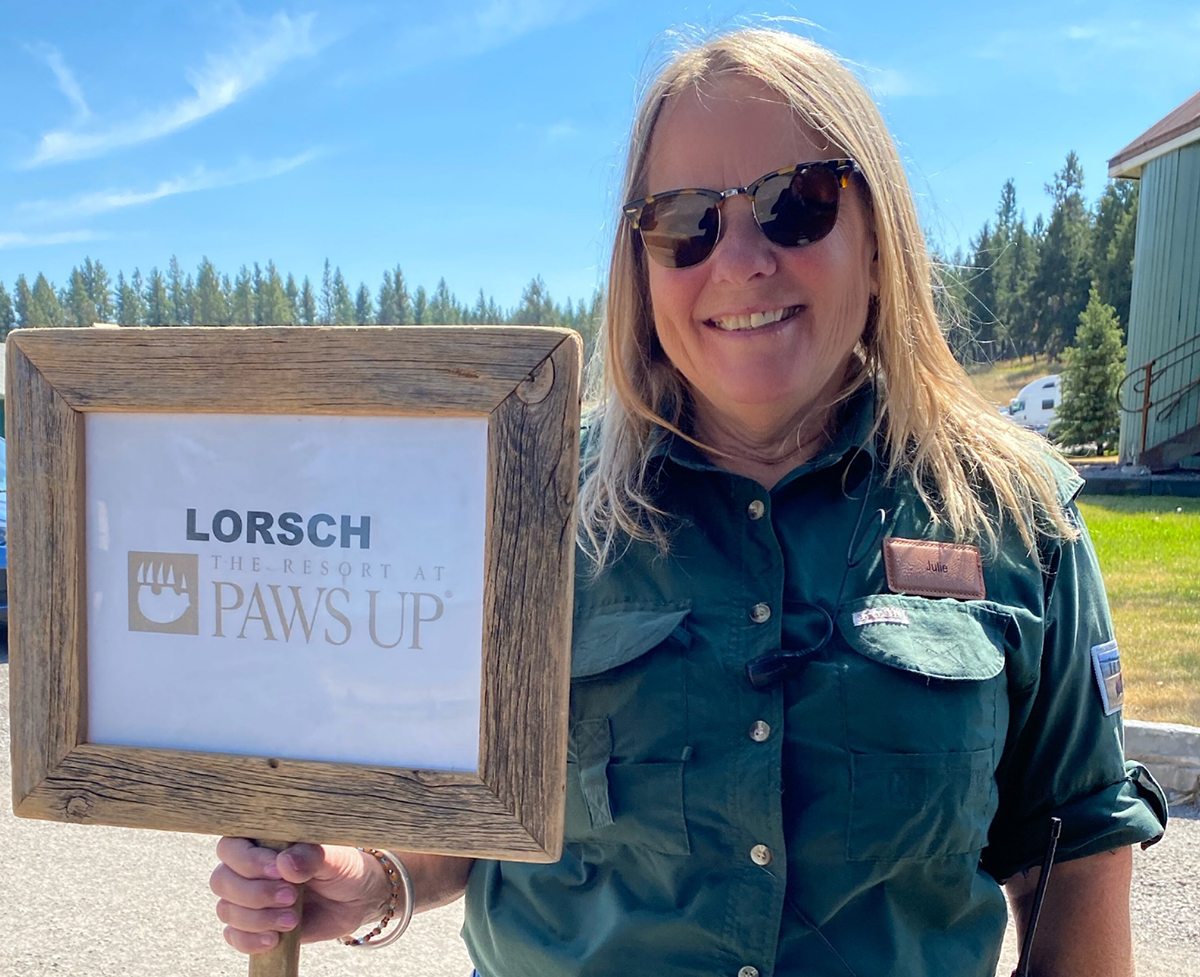 Upon arrival, Julie gave me the basic lay of the land. I was to be “Glamping” in Moonlight Camp, about 3 miles from the Lewis & Clark Reception Barn and main restaurants, stables, general store, and activities center. Paws up was huge! Once on the property I was back on wi-fi. Though I wasn’t about to tell the folks back home just yet. Zoom meetings were not on this week’s agenda. As a guest of The Resort, you can access the Paws Up App, which enables you to connect and communicate with Concierge Services at any time of day or night via text or voice message. Whether you’re making dining reservations, booking wilderness activities or arranging transportation, Paws Up has an app for that.

I had 37,000 Acres of Private National Park like land to discover complete with horses, elk and Black Angus cows roaming the pastures of this real working Ranch. There were so many activities to choose from it was hard to pick. After a pre-trip discussion with the concierge, I had opted to spend some time on horseback and cast some flies in the river. Though tempting, it seemed a shame to lose myself in their world-class spa. I chose instead to stick to Montana-centric outdoor activities that I couldn’t find anywhere else.

I’d never been fly fishing before. If I was ever going to give it a go this would be the time and the place.  So, I signed up for a private excursion lesson not really knowing what all I was getting into. Along with providing water for the working aspects of the ranch, the 10 scenic miles of the Blackfoot River that flows through Paws Up offers some of the best fly-fishing in the West. With over six species of game fish, “Big Blackie” has more variety than most trout streams. The Blackfoot is known worldwide due to Norman Maclean’s best-selling novel A River Runs Through It and the movie of the same name directed by Robert Redford and starring Brad Pitt. Brad did not come with my otherwise all-inclusive fishing package. However, I did get Max. 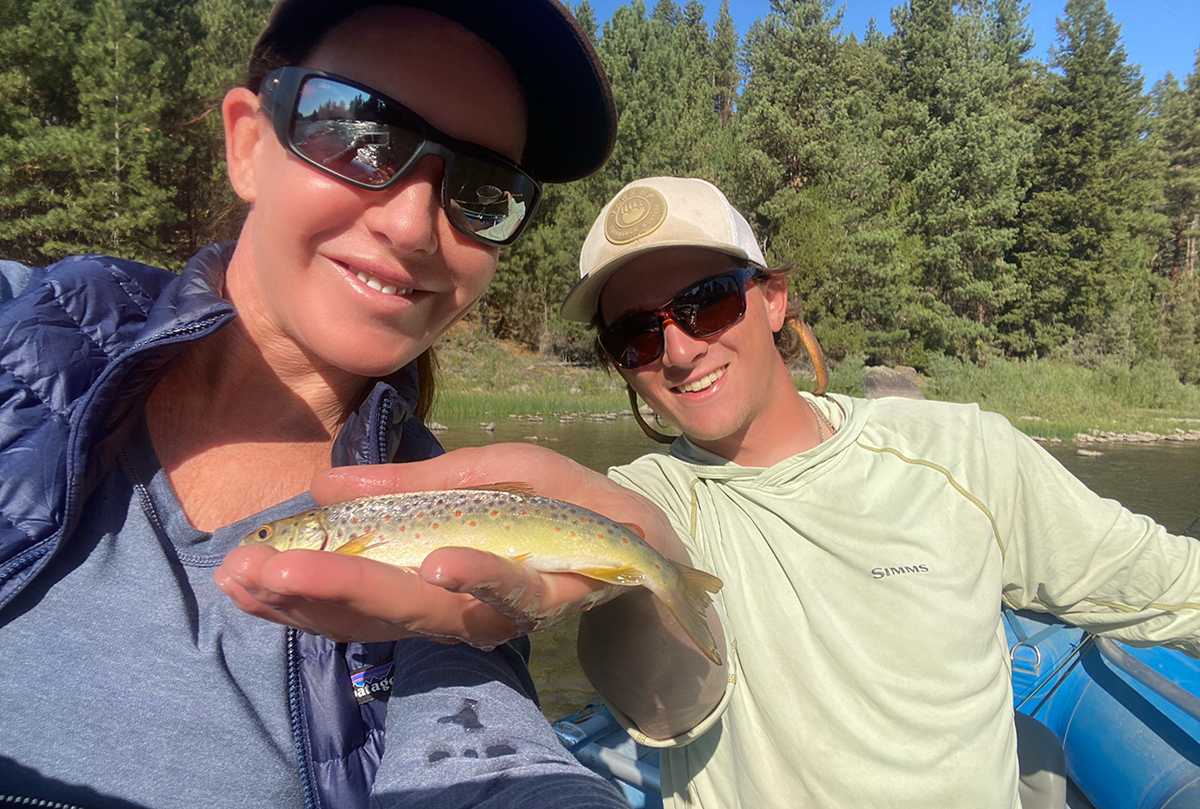 I had fun spending a day on the river with my informative, experienced, and country-cute fly fisherman guide. Max taught me the basics of casting the fly, drifting and “mending”. After a couple hours I began to understand the Zen of it all and began catching fish.

First, I reeled in a baby White fish. Next, I caught a Brown trout. And finally: I hooked a Cutthroat big guy.  It’s catch and release here at Paws Up – but my catch would’ve been enough to host a plentiful feast had we cooked it up. I was soothed and invigorated at the same time getting the feel of fly-fishing as we leisurely meandered down the water. I pictured myself returning to Montana for more fishing someday. 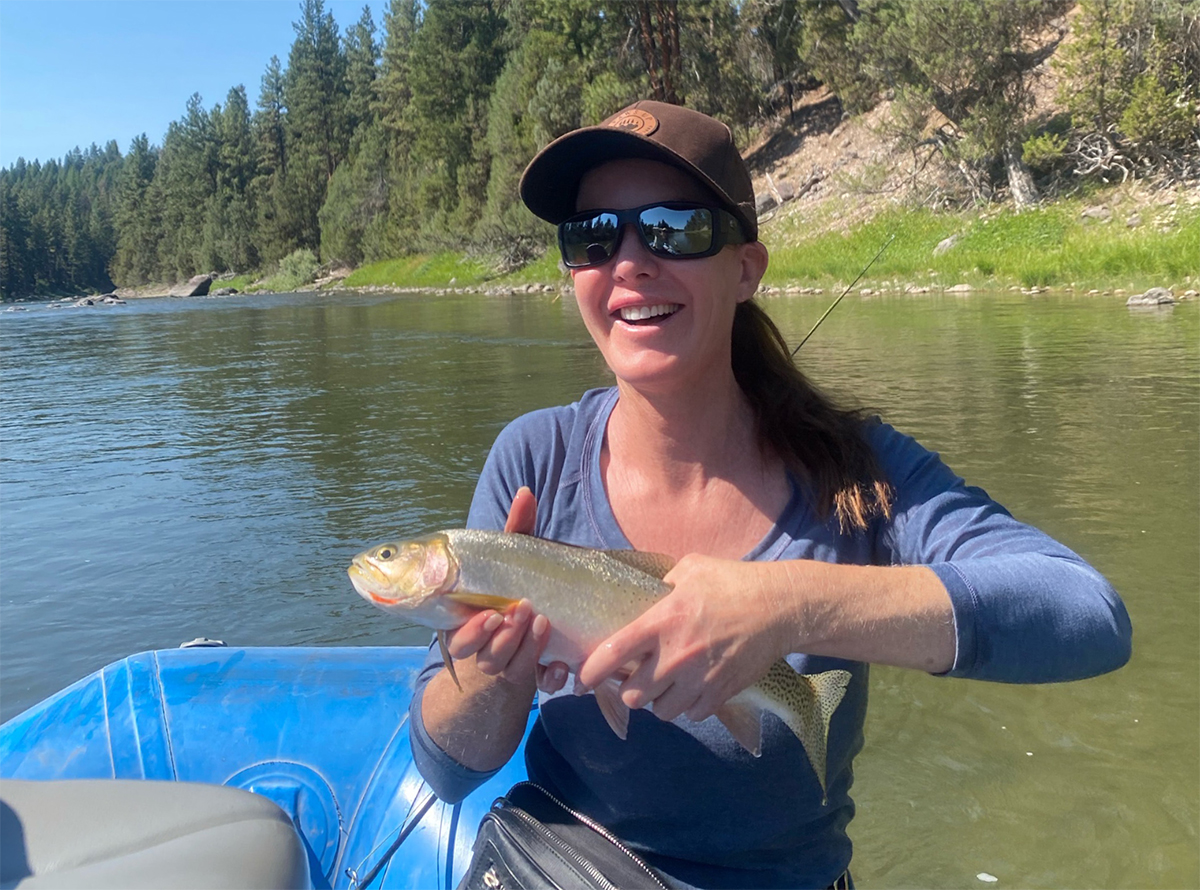 What particularly differentiates Paws Up from other Montana guest ranches is their first-class service, luxurious accommodations, five-star amenities, and personalized service in your own private luxury home or safari-style tent. 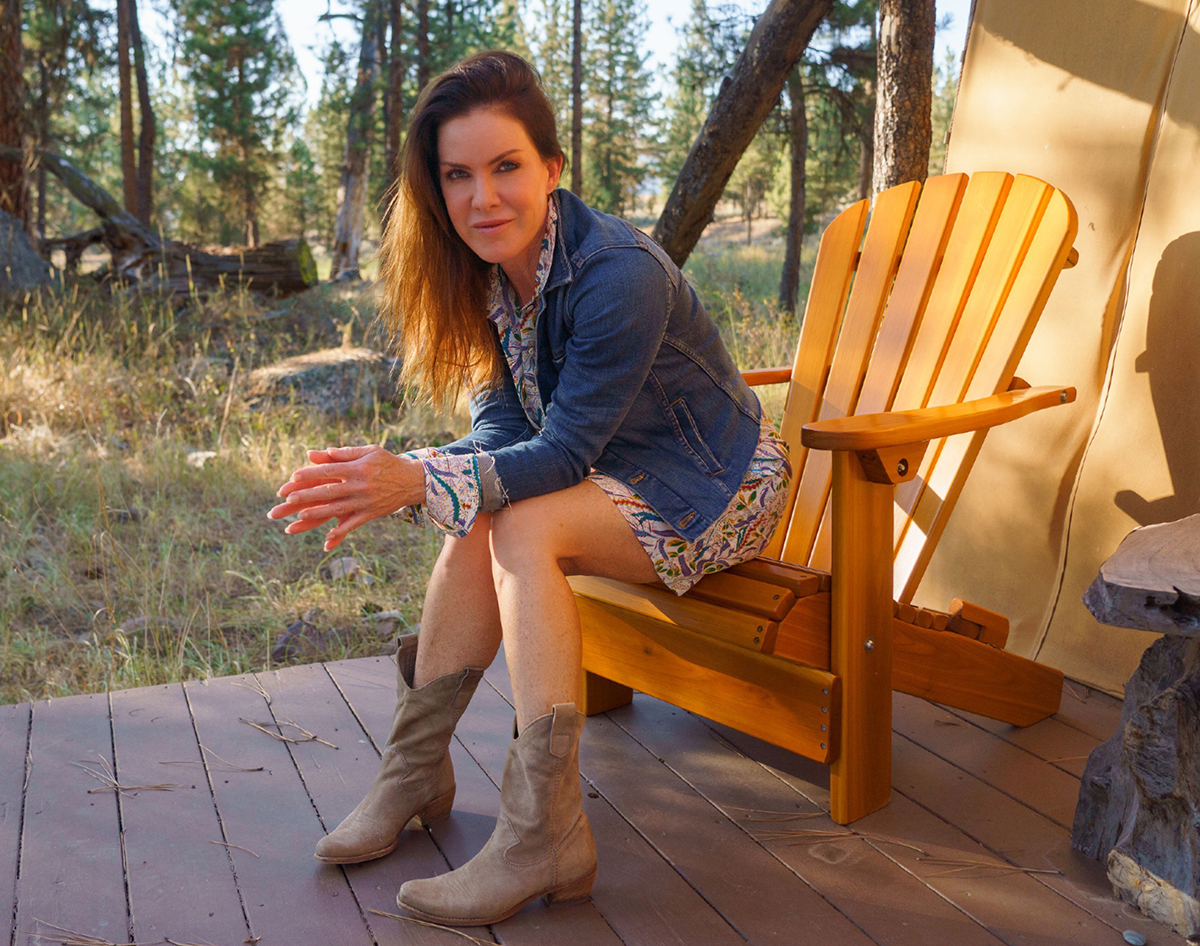 You’ll also of course enjoy gourmet cuisine at Paws Up. However, I’ll leave the camp dinner photos and open fire cooked specialty meats to the foodie bloggers. If I see one more iPhone snap of someone’s plate – it’s one too many.
.
. 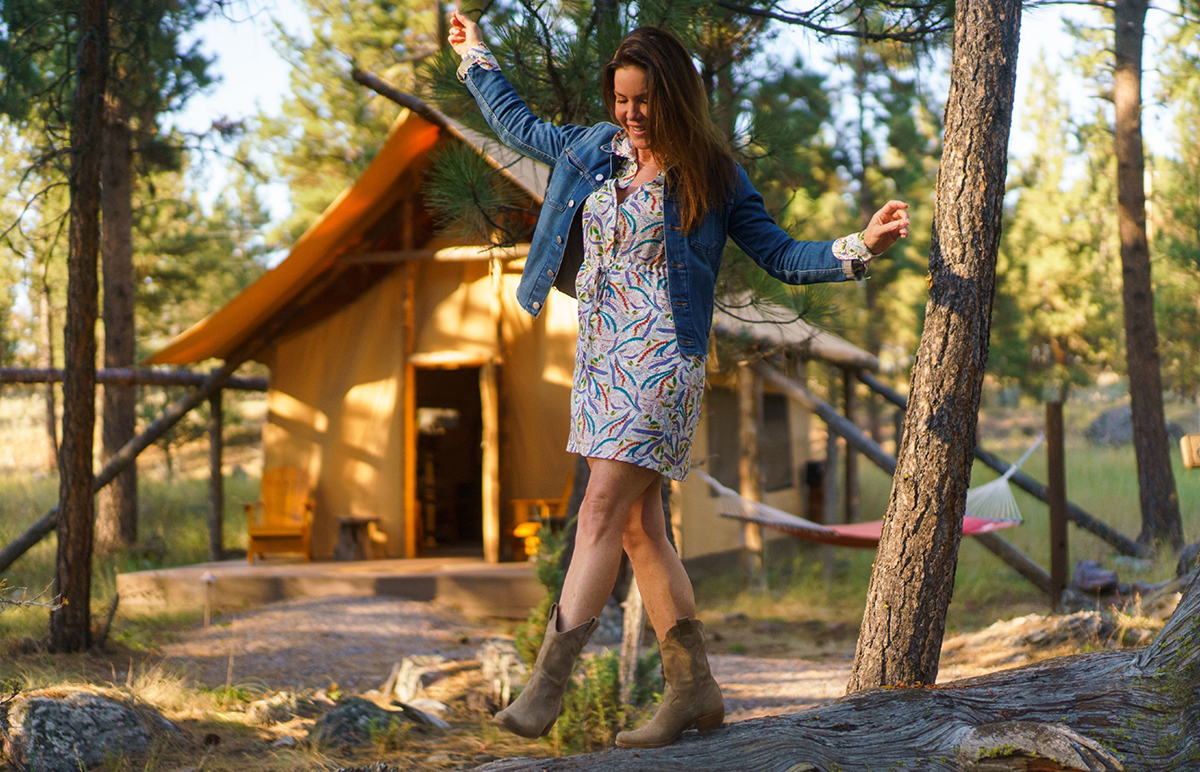 .
This it is not your grandma’s camping. The Resort at Paws Up is definitively “roughing it in style”.  I quickly fell in fairytale love with my I-can’t-believe-it’s-a-tent which came complete with a comfy King bed, heated bathroom floors and an inviting hot rain shower.
.

Fun Fact: Paws Up is the OG. They were the first to coin the term “Glamping”. 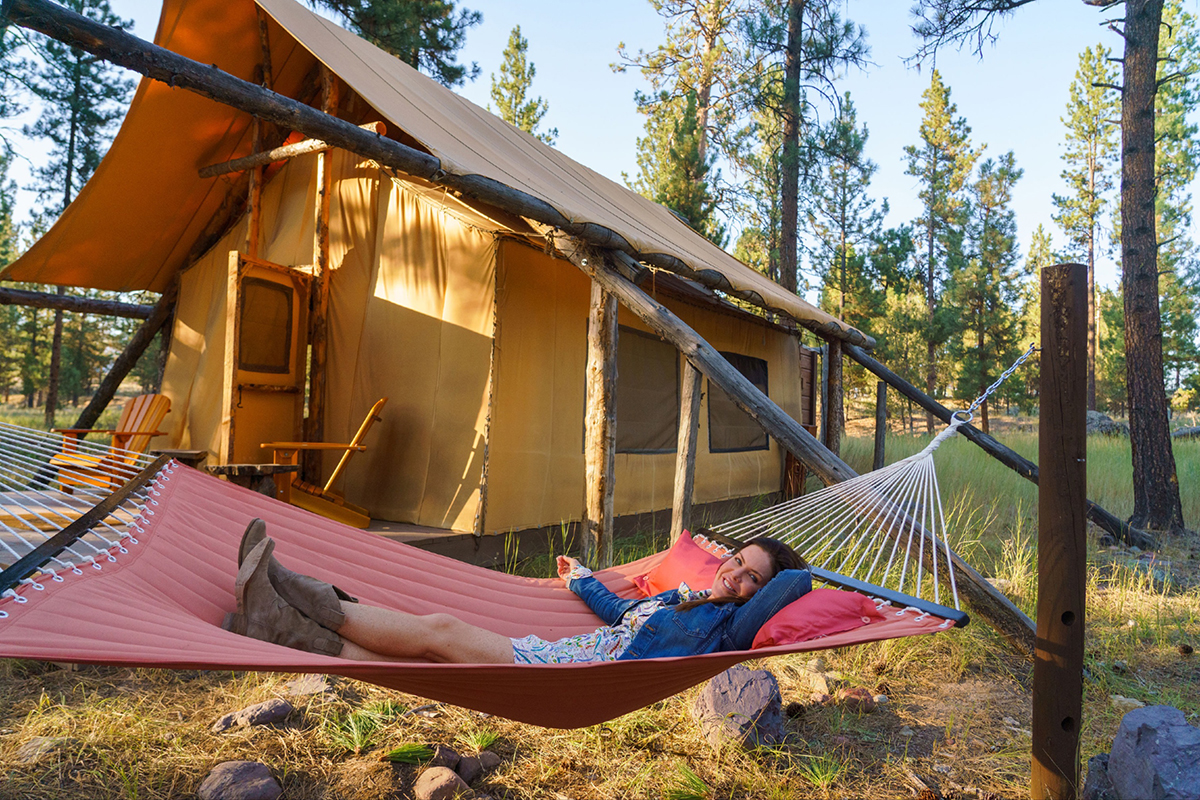 The beginning of the Paws Up Ranch dates back to the homesteader days of the late 1800s. The history of the land goes to when the Blackfoot River served as a transportation corridor for Nez Percé, Flathead and Blackfeet Native Americans. Then later for fur trappers, miners and loggers. 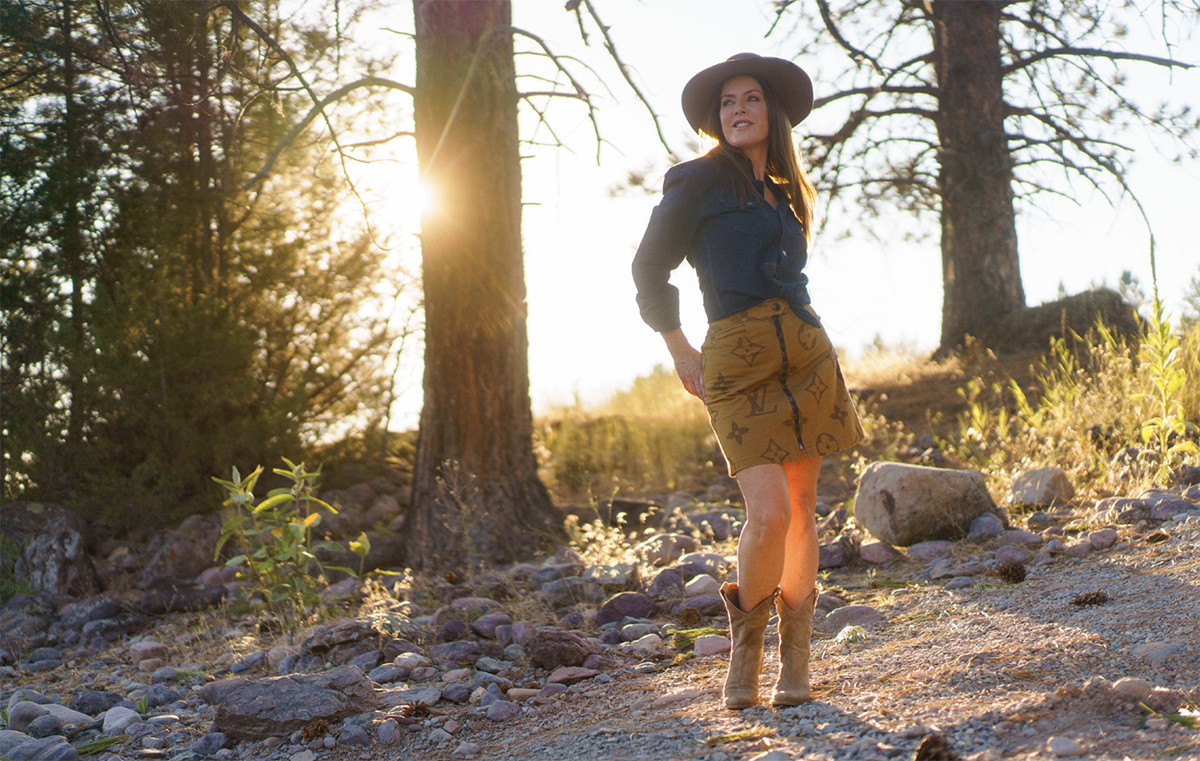 In 1915, Paul Greenough acquired four homesteads and purchased additional land to form the first 3,800-acre ranch. In the coming years, the ranch and surrounding area became known as Greenough – hence the name of the new adults-only resort within The Resort at Paws Up The Green O. More on that in a possible future blog. 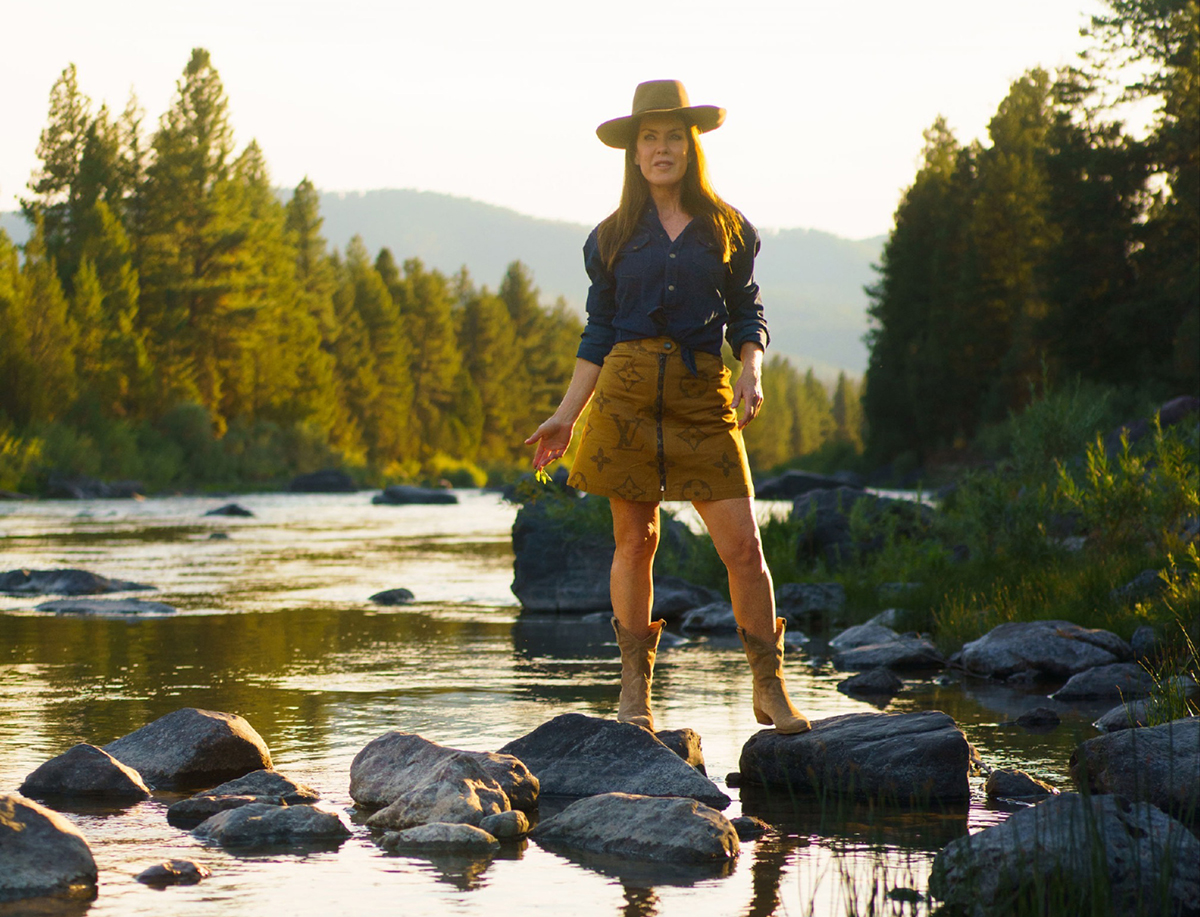 Over the course of the next decades the ranch would have many diverse and fascinating owners. Old Hollywood actors were known to frequent the ranch including Maureen O’Hara who was best known for John Wayne’s The Quiet Man. I feel I am in good company following in her Western woman footsteps.
. 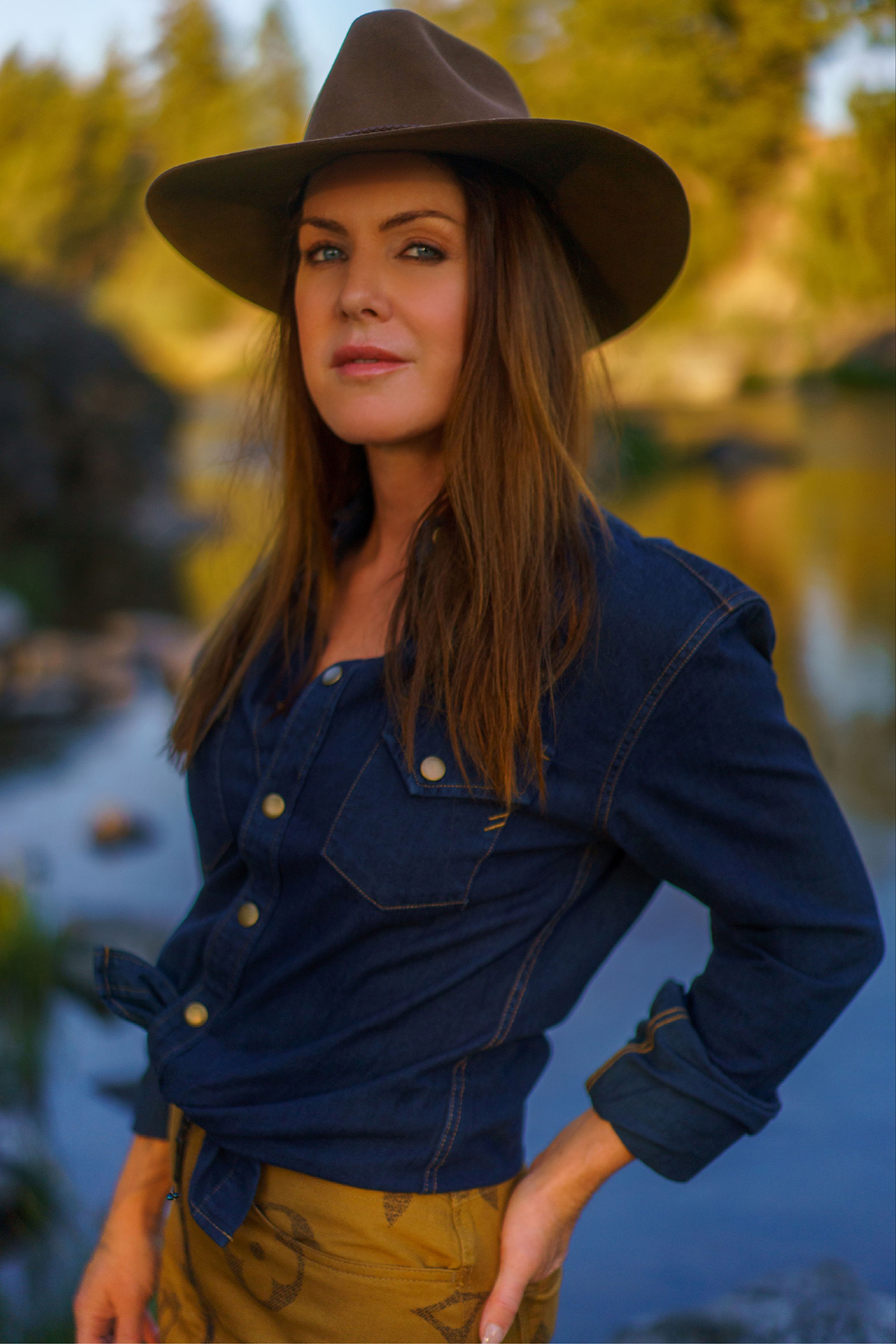 In 1997 the Lipson family purchased the ranch that had now expanded to 37,000 total acres.  From Colorado, they brought a herd of superior horses, the desire to build a first-class Black Angus seed stock operation and the ranch name: “Paws Up”.  The name was inspired by the friendly dogs that greet visitors by putting their paws up in the air as their tails thump the floor. A member of the Lipson clan brought the name to life with the now highly recognizable double paw logo. 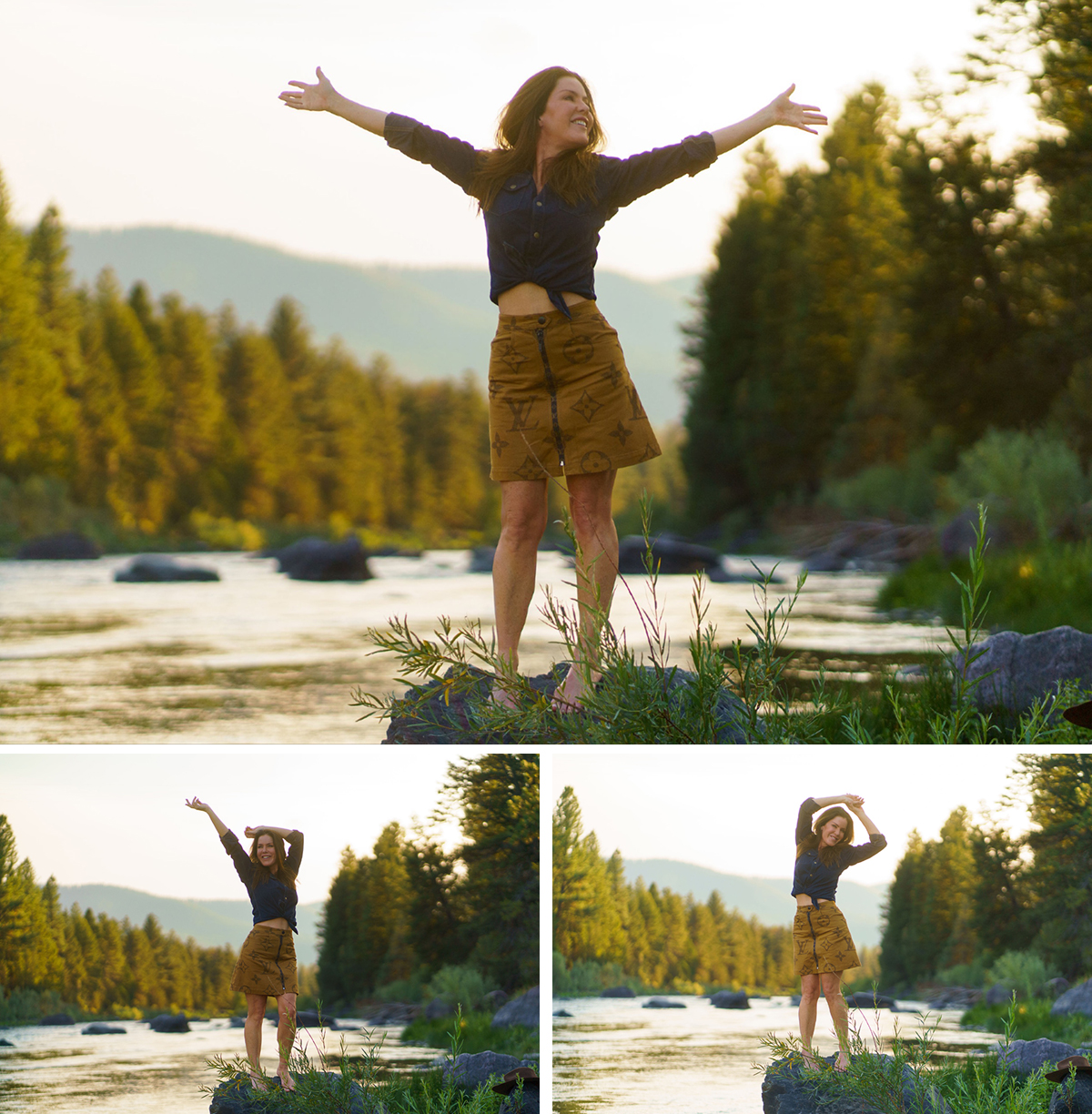 Major improvements to the land and structures began in 1998 including large-scale renovations of the Main House and the architecturally impressive 7,000-square-foot Cook Shack built of beautiful stone and timber. The Sale Barn followed, along with the world-class Saddle Club, complete with all the facilities to train, breed, and care for horses.

In 2003 Paws Up was rated as one of the top 10 Black Angus seed stock operations in Montana. After the production sale that year the decision was made to focus on running a commercial cattle operation and opening a first-class, luxury resort. With such a unique and colorful history, combined with miles of wide-open space and spectacular beauty, this place was meant to be shared. 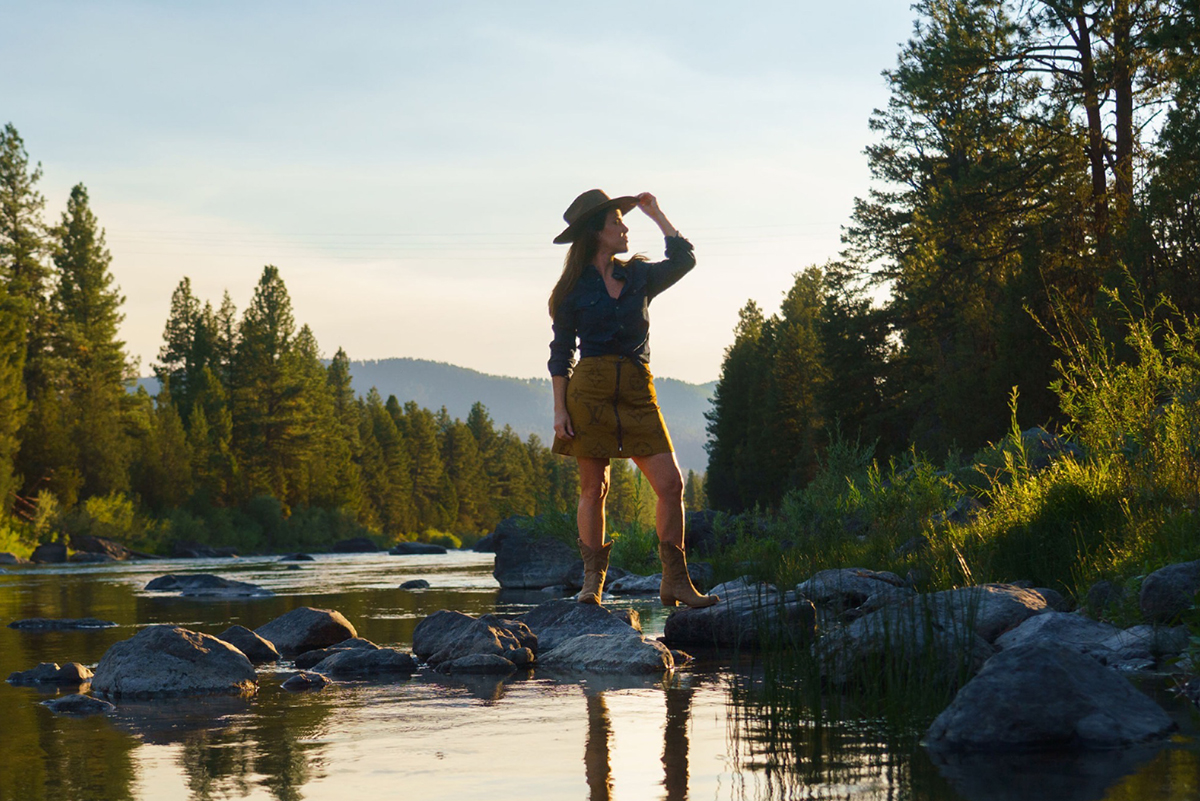 I hadn’t been on a horse in a while and with a Western roll on the horizon I figured I’d better brush up my riding skills.  On my last afternoon, I met at the equestrian center for a sunset trail ride with my assigned expert guide Hannah. My horse Dixie was perfect for my riding level. She was older, calm and gorgeous. We rambled around the pastures together into the wide–open spaces, through heads of cows, up onto a beautiful vista …where we were surprised by a rush of over 100 elk kicking up a storm of dust as they passed in front of us in the near distance. 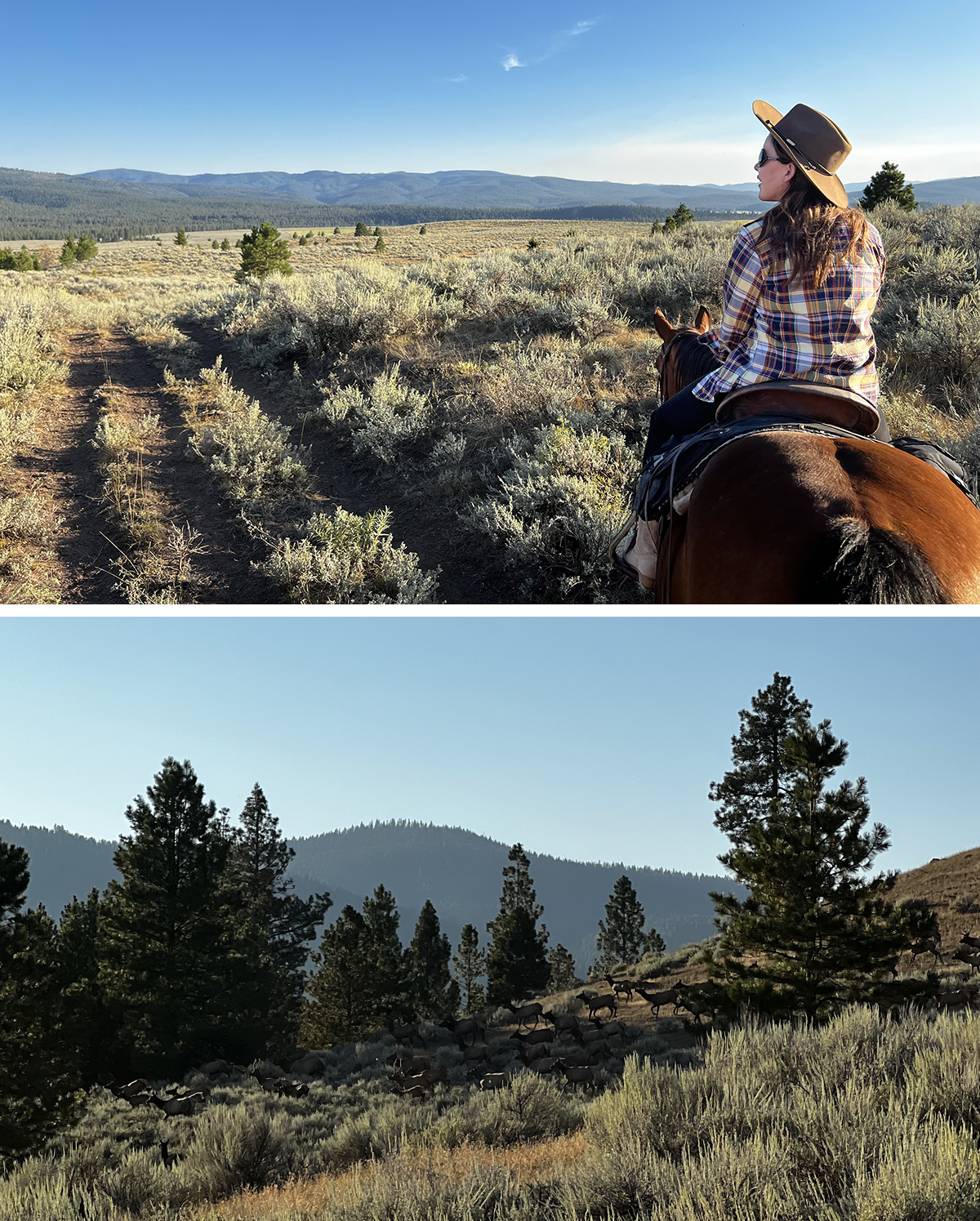 Riding was absolute heaven. And, thanks to resident Paws Up photographer and generous tour guide Stuart Thurkill, my equestrian experience lingered into my favorite evening on the ranch. 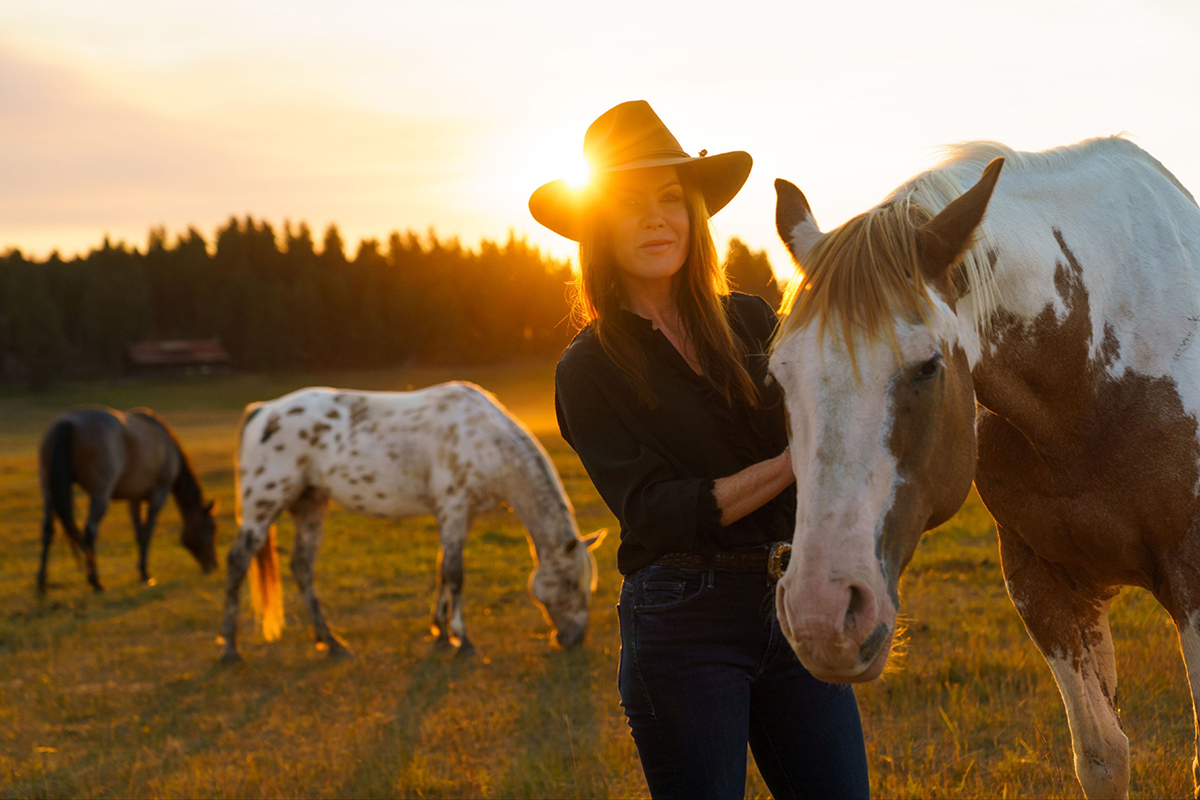 As the sun set over the hills, he escorted me inside the fence to visit the horses after their workday. We wandered in their majestic presence at magic hour capturing some amazing images amongst their noble elegance. 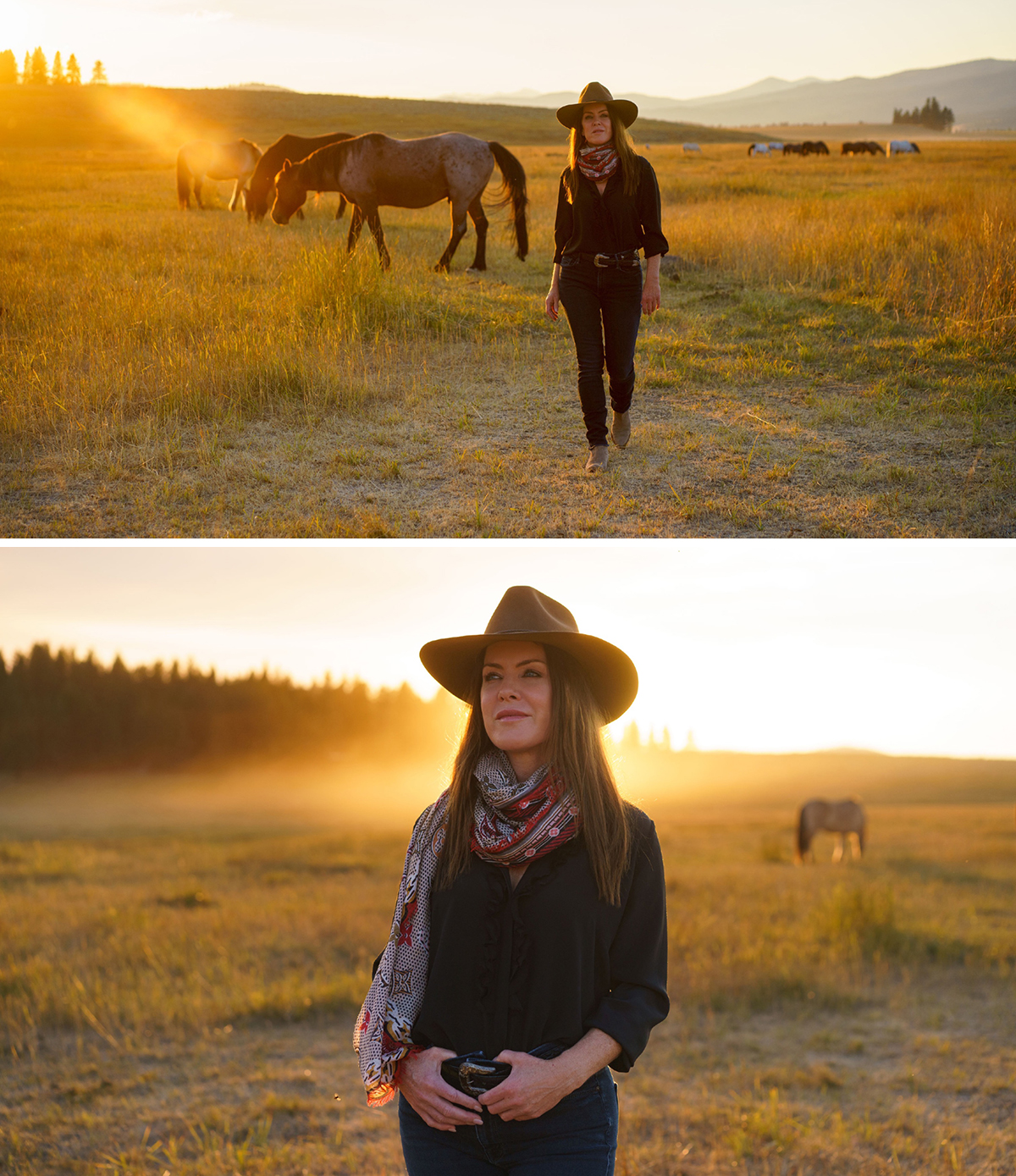 You can take the girl off the Hollywood red carpet – but there’s no way you could drag her away from an authentic Western photo before I ride off into the sunset on my way to my next adventure: Hiking Glacier National Park. 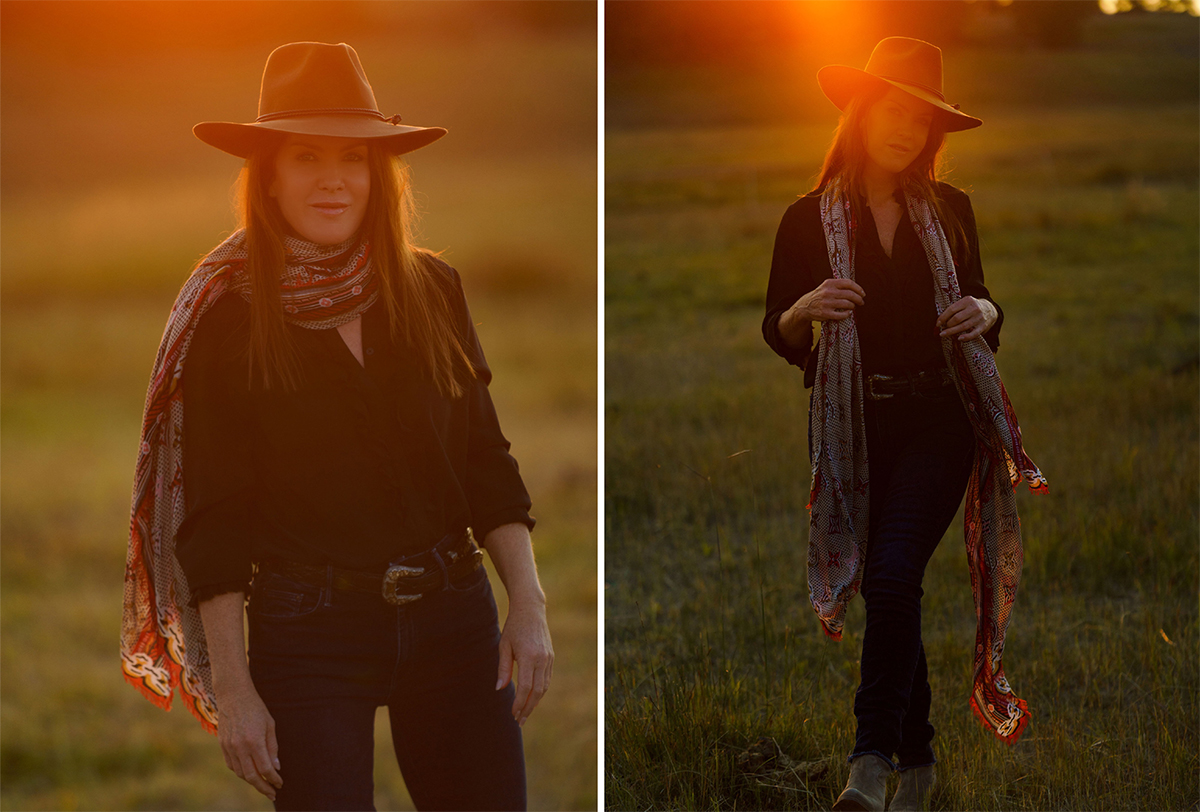 After all, a picture is worth a thousand words. 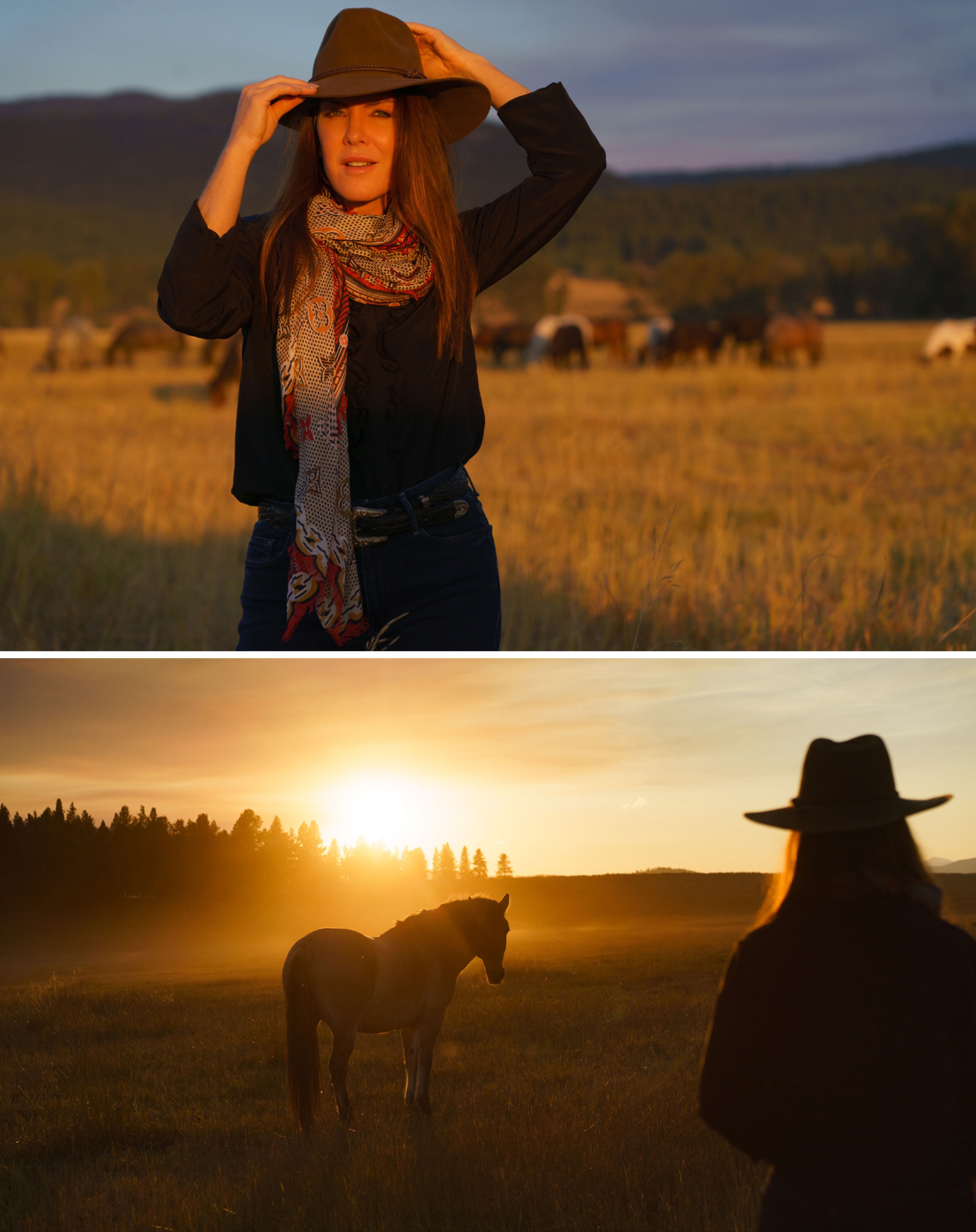 To book your own Montana luxury adventure visit The Resort at Paws at https://www.pawsup.com/